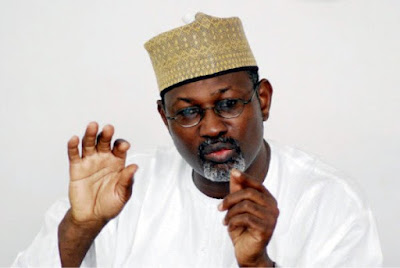 Former National Chairman of the Independent National Electoral Commission, Professor Attahiru Jega, has joined the Peoples Redemption Party.
The National Publicity Secretary, Abdul Gombe, in a statement on Friday, said Jega would chair the Strength, Weakness, Opportunities and Threat analysis Committee of the party in order to reposition it for more nationalistic outlook ahead of 2023 general elections.
The party is home to former Governor of Kaduna State, Balarabe Musa, and former Kaduna State senator, Shehu Sani, among others.
The PRP spokesman noted that the SWOT analysis committee would critically examine the strength of PRP, its weakness, the opportunities available to the party, and threats to its existence and well-being.
He said, “The PRP at its 62nd National Executive Committee meeting held on June 22nd in Kaduna decided to set up three committees to review the performance of the party in the 2019 general elections with a view to repositioning the party for better performance in facing new challenges of Nigerian politics.
“On the basis of a critical analysis of these, the committee made up of some of the best intellectuals in Nigeria will recommend to the party, strategies to adopt for its survival and growth.
“The three committees are the SWOT Analysis Committee, Mobilisation Committee, and Finance and Funding Committee.”
According to Gombe, the party’s membership and mobilisation committee, which he said would be chaired by an unidentified person who had been in the PRP for 41 years, was to examine and advise the party on how best to grow its membership using the best available methods bearing in mind the voter demographics in Nigeria.
Also, the three committees were said to include publisher and chairman of the Trust newspapers, Kabiru Yusuf; the Dean, Faculty of Law, Crescent University, Prof. Momodu Momodu; Dr. George Kwanashie; Ayo Sando; Dr. Obi Osisiogwu; and Prof. Nathaniel Abraham.
Punch.